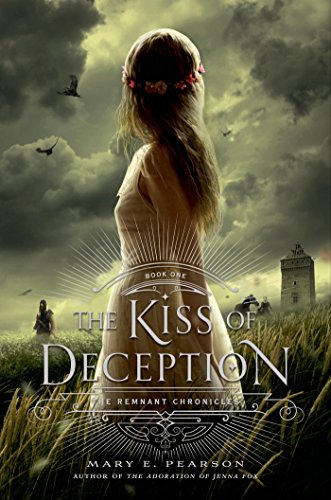 Princess Arabella Celestine Idris Jezelia has it all – including an untraditional name tacked on to the end of her official title. But to her, that is the name that has always felt the most real to her, and so she decides to go by Lia. On the day of Lia’s wedding, she runs away with her attendant Pauline to escape an arranged marriage. As she sees it, the prince of Dalbreck doesn’t deserve her hand in marriage if he can’t even be bothered to meet her beforehand. With only the clothes on their backs, their horses, and a stolen secret, Lia and Pauline set off in search of a new life.

They reach the town of Terravin and start over by working at a local tavern. There, Lia meets two men, Kaden and Rafe, but what she doesn’t know about them is that one of them is the prince she was supposed to marry and the other a hired assassin there to kill her. As Lia realizes that she is in more danger than before, she also finds herself falling for one of the new men in her life. Will love be enough to save them all?

The Kiss of Deception is a riveting novel that will grasp you and not let you put it down until you’ve finished. With plot twists keeping you hooked until the very end, Mary E. Pearson has created a story that will never let you go. You’ll find yourself rooting for love and hoping that Lia doesn’t pick the wrong person and damn them all.