The Renegades are a syndicate of prodigies—humans with extraordinary abilities—who emerged from the ruins of a crumbled society and established peace and order where chaos reigned. As champions of justice, they remain a symbol of hope and courage to everyone…except the villains they once overthrew.

As the heirs to opposing sides in a warring city, Kate Harker and Augustus Flynn should never have met. A Romeo and Juliet-esque fantasy about the difference between good and evil and the blurry gray area in between.

The Hate U Give, Angie Thomas – YFIC THO

After witnessing her friend’s death at the hands of a police officer, Starr Carter’s life is complicated when the police and a local drug lord try to intimidate her in an effort to learn what happened the night Kahlil died.

On the Come Up, Angie Thomas – YFIC THO

When sixteen-year-old Bri, an aspiring rapper, pours her anger and frustration into her first song, she finds herself at the center of a controversy.

When Dimple Shah and Rishi Patel meet at a Stanford University summer program, Dimple is avoiding her parents’ obsession with “marriage prospects” but Rishi hopes to woo her into accepting arranged marriage with him.

A revolutionary reformer who traveled in Scotland, Ireland, England, and Wales as well as the US, Douglass published many foreign-language editions of his Narrative. While there have been many Douglasses over the decades and even centuries, the Frederick Douglass we need now is no iconic, mythic, or legendary self-made man but a fallible, mortal, and human individual: a husband, father, brother, and son. His rallying cry inspires today’s activism: “Agitate! Agitate! Agitate!”

Sixteen-year-old Thomas wakes up with no memory in the middle of a maze and realizes he must work with the community in which he finds himself if he is to escape.

A totalitarian regime has ordered all books to be destroyed, but one of the book burners, Guy Montag, suddenly realizes their merit.

Having been recently dumped for the nineteenth time by a girl named Katherine, recent high school graduate and former child prodigy Colin sets off on a road trip with his best friend to try to find some new direction in life while also trying to create a mathematical formula to explain his relationships.

Newly rich Jay Gatsby tries to recapture the past and win back Daisy Buchanan, his former love, despite the fact she has married. 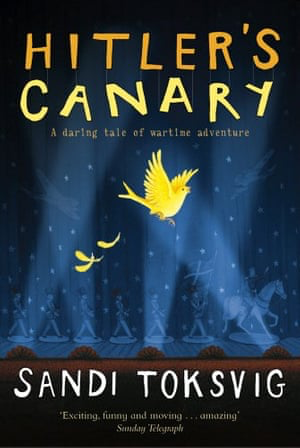 Ten-year-old Bamse and his Jewish friend Anton participate in the Danish Resistance during World War II.

An intimate memoir by the former First Lady chronicles the experiences that have shaped her remarkable life, from her childhood on the South Side of Chicago through her setbacks and achievements in the White House.