American Radical: Inside the World of an Undercover Muslim FBI Agent 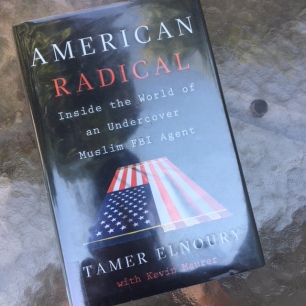 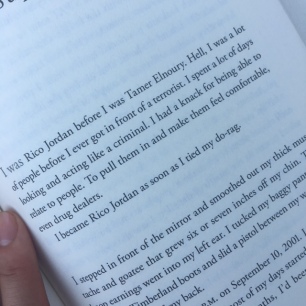 American Radical is a memoir written by Tamer Elnoury, Muslim FBI agent who worked undercover within al Qaeda in 2012. For the sake of national security, Tamer is not his real name, rather, Tamer Elnoury is the persona of a wealthy Egyptian-American businessman who secretly believes in radical Islam, despises the West and hopes to wage jihad against them. In real life, Elnoury is a patriot who is proud of both the country he was born in (Egypt) and the country he grew up in (United States).

Elnoury worked in the drug narcotics unit for the first few years of his career in the ‘90s, where he was Rico Jordan and posed as a drug dealer to arrest other drug dealers within the slums of New York. Following September 11, he departed and switched over to the counterterrorism unit. Because of his appearance and heritage, he was a secret weapon the FBI had against ISIS, al Qaeda and other Islamic terrorist groups. American Radical follows one of his biggest cases yet: Infiltrating a terrorist cell by befriending 30-year old Tunisian-Canadian Chiheb Esseghaier, essentially getting recruited by al Qaeda, and his task was to arrest the terrorist cell and foil their plans.

At first glance of this book, I anticipated that I would develop a ton of new insight on the counterterrorism efforts of the US, as well as how terrorist cells work, but I expected for it to be a boring read. What surprised me was how much of a page-turner American Radical proved to be. I was hanging on the edge of my chair the entire ride; I would describe this memoir as a roller coaster. It truly felt like I was in the middle of a blockbuster action movie! I am still completely AWESTRUCK at the fact that the events in this memoir happened in real life! Just recently too!

I’d say a big factor in what made American Radical such an exciting read was the humor. You’d expect a book written by an FBI agent to contain mostly documents, details, and facts, but American Radical was brimming with dark humor, snide remarks and smart comments. I found myself giggling every few pages or so. The abundance of humor in American Radical made it an easier read than I anticipated it to be. However, a warning to younger readers: Offensive language is utilized quite frequently!

As I read this memoir, there were many times when I just wanted to shove the book into a stranger and tell them “READ THIS BOOK, IT’S AMAZING!” A big reason for this is because in American Radical, Elnoury articulates and educates the reader on the religion of Islam, the perversion of it in radical terrorists, and how the world can be a better place with just education. In the end, after the case has been wrapped up, Elnoury reflects, “In order to defeat your enemy, you must first understand them. The problems start when every Muslim gets painted with the jihadi brush. Jihadis are using a peaceful religion to further their agendas. That’s not religion. It’s politics. The reality is that radical Islam is a very small minority that twists the Quran to fit its needs… Banning Muslims from the United States throws gas on the myth that the United States is at war with Islam. I believe there should be a strict vetting process, but our world becomes more dangerous when we shut our doors to immigrants.”

In a world where this topic is as relevant is ever, I am thankful that Elnoury stresses this in American Radical. I myself began reading this book with little knowledge on terrorism and how Islam plays a role in it, but when I finished it, I was filled with a sense of fulfillment: learning more about how the world works in the first step to making it a better place, as Elnoury insinuates in his memoir.

Finally, on the topic of education, I learned about how risky jobs like Elnoury’s is. Not only is it risky, putting potentially hundreds of lives and tens of thousands of dollars on the line, it’s also thankless. Tamer Elnoury is not his real name. TV interviews have disguised his face and modified his voice. Heros like Elnoury are seldom recognized, but in American Radical, he provides a real look into the courageous lives of those working for the sake of their country and its citizens, on the frontlines in the war against terror.