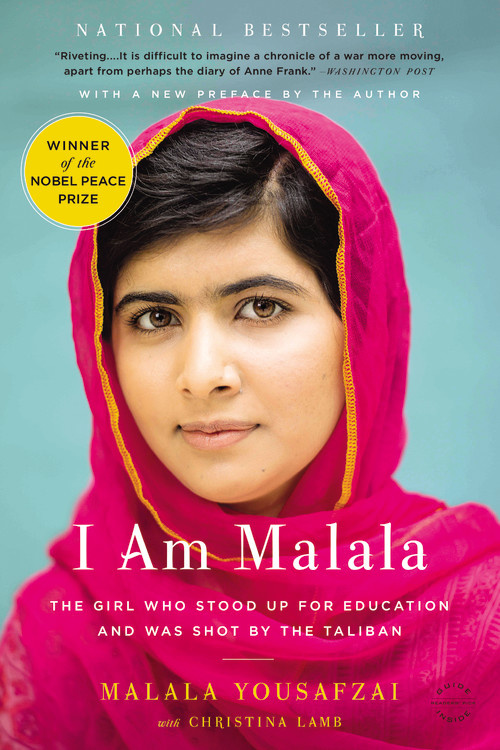 I Am Malala: The Girl Who Stood Up for Education and Was Shot by the Taliban

Not many 16-year olds can say that they have fought the Taliban over the issue of not allowing girls to receive the education they need. There is one amazing woman who stood up against this group of overpowering, terrifying men and her name is Malala. Even though having lived in a small town in Pakistan’s Swat Valley with her illiterate mother and father who owned a school, she had a natural gift of speaking up for herself and the other females and children around her. This book shows you that it is possible to get through periods of hardship and have the motivation to surpass anything while having a burning passion in your heart for the thing you love. Malala displays this to us with her courage and strength to stand up for her right to education as a female in her society. I Will Always Write Back

In this compelling dual memoir, Caitlin Alifirenka , an all-American 12-year old girl, and Martin Ganda ,14-year old boy who lives in Zimbabwe, recount how they became best friends –and better people–through letters. Their exchange of pen pal letters begins a six year correspondence between the two. Through this, they learn of each other, their life conditions, and their respective countries. When Caitlin gets to know of the difficult life Martin and his family lead, she does all she can to make it better and give him the chance to accomplish his dream- study at an elite university in America. Their story will inspire readers to look beyond their own lives and wonder about the world at large and their place in it. The book will hopefully instill a feeling of kindness into the reader’s hearts and inspire them to look outside their own lives and expand their own horizons.