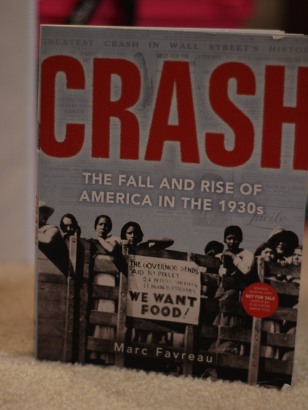 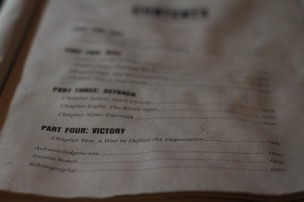 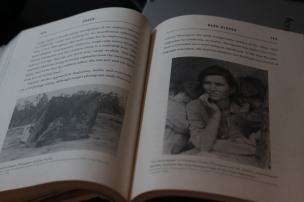 History class is often associated with nap time. Boring lectures droning out of an aged man with a white beard is the perfect recipe for dozing off in class. Or so I thought.

“Crash” by Marc Favreau is 217 pages of fast-paced action and juicily imaginative wording to paint the Great Depression in a tense story that kept me on the edge of my seat. “Crash” was not a 3-inch thick history textbook; it was a gripping story with plot, conflict and the whole shebang. “Crash” was divided by parts, and those parts were divided into chapters. The actual parts wrapped up each main plot point of the Great Depression, ominously named Fall; Rise; Setback; and Victory. But within those parts were stories and figures that came out to be the delightfully fulfilling icing on the cake. Franklin Roosevelt was the big name, but Eleanor Roosevelt was just as big. Herbert Hoover was coined “The Unluckiest President” by Favreau, and it wasn’t until I read the chapter did it all become clear.

Besides the action and emotions expressed throughout “Crash,” I couldn’t help but appreciate the lesser known parts of the Great Depression. Besides the economic debacle, countless issues sprawled out during the Great Depression, simulating some sort of domino effect that rooted from the economy. For example, a great dust storm blew in through the middle of the US, enabling Americans to search far and wide for new jobs and homes. However, immigration was not welcome during this time. Not only were other Americans excluded from jobs, but Mexican immigrants and Jewish immigrants too! We were just finishing up our unit on World War 2 in school, and all the topics were deftly woven together into one beautifully articulated story that opened my eyes.

Oftentimes we fall into the trap of the “single story.” This simply means that we take an entity and stubbornly refuse to view it any other way besides the way we’ve always known to be. Reading about the Great Depression in “Crash” jolted me into the realization that this event isn’t just another chapter in my history textbook: It’s a real-life event with real people, real memories, and real effects.