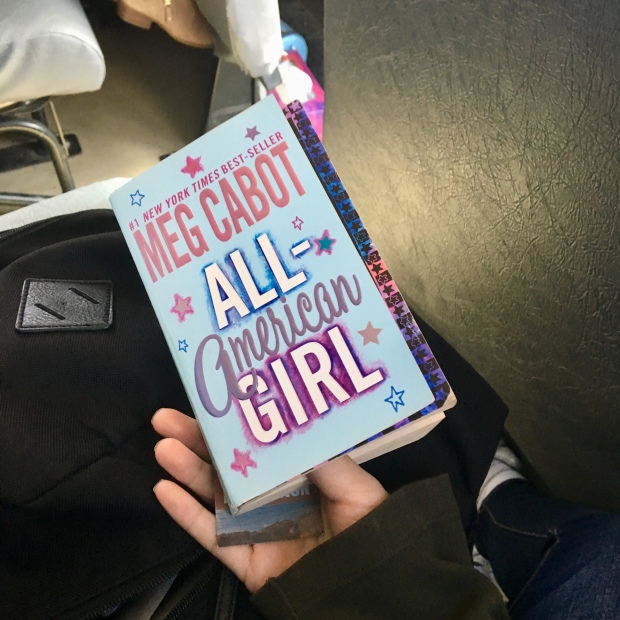 All American Girl is as cliché as it gets.  High school sophomore Samantha Madison, hailing from Washington, DC, just wants to live her all-black, studded combat boot-wearing, art-obsessed life, with popular cheerleader older sister Lucy and genius geek younger sister Rebecca. But when she accidentally saves the president of the United States from an assassination attempt, she finds herself swarmed with reporters, and now everyone wants to be her friend. Worst of all? The president’s son is in love with her.

At its core, All American Girl is a romance novel. The plot centers around the quirky and realistically awkward relationship that buds between David, the president’s son, and Samantha. As far-fetched as this scenario is, I found myself rolling my eyes at some of the painfully cliché moments.

Despite this, what kept me going throughout was the juicy and colorful language used by Cabot, whom I was familiar with from The Princess Diaries series. Personally, as a teen reader, I absolutely devoured this story and enjoyed