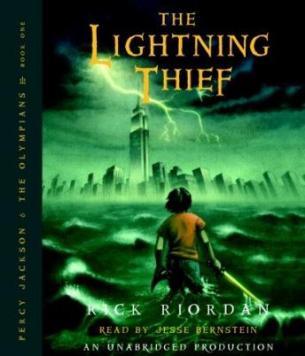 Percy Jackson and the Lightning Thief follows a young boy as he tries to understand the strange happenings around him. The book brings particular problems, which are present in the childhood and adolescent years such as bullying and ADHD, to attention. It brings an uplifting view to those with learning difficulties, mainly when there can be heroes yet they still fall behind on certain things like an average person. The narrative shows that although they are teenagers that can harness the power of the sea or can grow plants to suit their needs, they are still people that have flaws and are just like everyone else in that sense. The author conveys how not everything is how it seems to be. That if we look closer to what is around us, there can be more, or less, than we ever imagined. With the main character being a great source of humor, it keeps the reader with all the snarky comments being made by him. However, one of the greatest parts about this book is how the female characters are represented. They are shown to be powerful and brave, fully capable of completing their missions without the help of others should they need to do so. It shows that no matter the gender, background, etc., it doesn’t stop anyone from being a person that’s capable of greatness. Lastly, as the series is captivating the young audience that it was made for, it is still able to interest the those who are older. Some topics can resonate will the reader, no matter the age, and can interest them because of this. It is a beginning of a series to be remembered for a long time, as the childhood of many and even a way to teach the readers about some of the more important lessons in life.