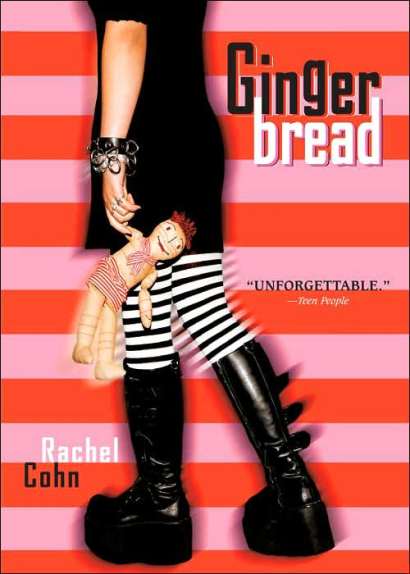 Cyd Charisse has a lot of family problems.  Because she is her father’s illegitimate child, she was taken from New York to California to live with her mother and stepdad, who she doesn’t like.  One summer, after breaking up with her boyfriend, she goes to live with her birth dad in New York.  She meets her step-siblings, David and Lisbeth, and comes to realize that her family is somewhat okay despite their problems, as her birth dad is not very nice.

This wasn’t the worst book I’ve ever read, or I wouldn’t be bothering to write a review of it.  However, I think the author tried way too hard to try to make the book “relatable” to teens.  Firstly, Cyd is portrayed as a rebellious girl who doesn’t care about school and is obsessed with her boyfriend.  She is not only obsessed with her boyfriend, she constantly talks about other guys she likes and also does romantic/sexual things with them for no real reason.  I found this to be highly unrealistic as a student growing up in a world where most teens are uninterested in serious dating and it is more common to go to dances as friends than with a date.  Also, most teens who do date try to be at least a bit more mature than Cyd, respecting the other person and not just obsessing over their looks.

Another point is that most teenagers do not have hugely complicated family issues.  Although many teenagers do not get along with their families, and/or have highly dysfunctional families, having family problems is not a prerequisite for being a teenager as some authors seem to think.  The story would have worked just as well if Cyd’s parents were simply divorced or if she were adopted, both more realistic situations for a teenager, without the other drama.  If this book were clearly trying to be funny and unrealistic, it would have worked better than if the author tried to make it seem “relatable.”

I would not recommend this book, but if you’re looking for a wildly dramatic, short story that’s kind of funny, Gingerbread is a fun book to read.