Here are some books our TAB members have read and loved recently. We’ve included the call number so you can come and get them at Reston Regional Library! All summaries taken from Novelist.

We Are the Ants, Shaun David Hutchinson – YFIC HUT
After the suicide of his boyfriend, Henry deals with depression and family issues, all while wondering if he was really abducted and told he has 144 days to decide whether or not the world is worth saving.

Aristotle and Dante Discover the Secrets of the Universe, Benjamin Alire Saenz – YFIC SAE
Fifteen-year-old Ari Mendoza is an angry loner with a brother in prison, but when he meets Dante and they become friends, Ari starts to ask questions about himself, his parents, and his family that he has never asked before.

I’ll Give You the Sun, Jandy Nelson – YFIC NEL
A story of first love, family, loss, and betrayal told from different points in time, and in separate voices, by artists Jude and her twin brother Noah.

The Hot Zone, Richard Preston – 614.5 P 1994
A highly infectious, deadly virus from the central African rain forest suddenly appears in the suburbs of Washington, D.C. There is no cure. In a few days 90 percent of its victims are dead. A secret military SWAT team of soldiers and scientists is mobilized to stop the outbreak of this exotic “hot” virus. The Hot Zone tells this dramatic story, giving a hair-raising account of the appearance of rare and lethal viruses and their “crashes” into the human race. 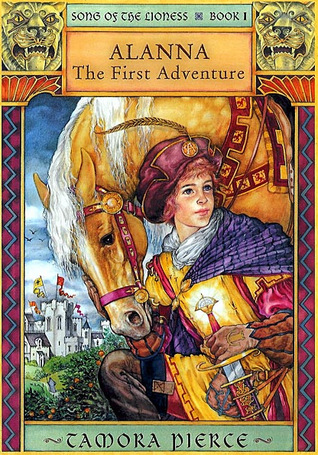 Alanna: The First Adventure, Tamora Pierce – YFIC PIE
Eleven-year-old Alanna, who aspires to be a knight even though she is a girl, disguises herself as a boy to become a royal page, and learns many hard lessons along her path to high adventure.

One of Us Is Lying, Karen McManus – YMYS MCM
When one of five students in detention is found dead, his high-profile classmates—including a brainy intellectual, a popular beauty, a drug dealer on probation and an all-star athlete—are investigated and revealed to be the subjects of the victim’s latest gossip postings.