So, as a TAB member interested in what our awesome local libraries have been doing, I decided to go to the Library Comic-Con at Chantilly High School today!  I definitely recommend the experience.

First, I decided at the last minute to attempt a really casual cosplay of the BBC version of Sherlock Holmes.  Fortunately, I had a purple shirt that I wore in a similar outfit for a con last year, so I was able to vaguely emulate this look, collar and all:

(this image and all others found on Google Images)

Being your average teen, I looked a lot more like this, and nobody got the reference, but it was really fun anyway:

(This is a really cute look by the way, just not very detective-y.)

Next, I went to Chantilly High School and started checking out what was there.  I’m glad the event was fairly small, because I was able to check out nearly everything with time to spare.  I also think this made the event a lot more family-friendly, because although the AwesomeCon floor in D.C. is a pretty cool place for kids and parents, the Washington Convention Center is kind of daunting.  It was really cool seeing all the kids and parents who dressed up together, and I saw little wizards and Jedis everywhere.  There was even a kid and his stuffed tiger who were Calvin and Hobbes!

One of the best parts of the event was all of the artists selling their art.  The hallway was similar to an Artist’s Alley at a larger event, with artists selling fan art, original webcomic-based work, novels, jewelry, baked goods, and plushies.  There were even chain mail keychains kind of like this, something you don’t see every day: 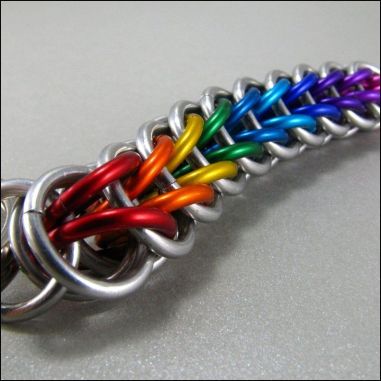 After a bit of art browsing, I went to see the great speech given by keynote speaker Gene Luen Yang.  This speech was part of the reason I came to the con, because I greatly enjoyed Yang’s graphic novels Level Up, Boxers, Saints, The Eternal Smile, American Born Chinese, and The Shadow Hero.  So I guess you could say I was a bit familiar with his work.  In his speech, Yang told the story of his journey through the comics world, including his first Xeroxed comics in 5th grade and his first published books.  He also discussed his experience in computers and the importance of diversity in books for kids and teens, a topic definitely welcome in a diverse community like Reston.  As a fan of graphic novels, books about hacking/computers, and stories in which school kids have cool adventures, I had to get a copy of the author’s newest book, Secret Coders.  Apparently, the story incorporates actual facts about computer science and coding, which is a great way of combining STEM and the arts.

Afterwards, I played a casual game of Dungeons and Dragons with some other attendees, trying on the role of a High Elf Wizard fighting evil gemstones.  (For those of you familiar with DnD, this was my first time playing a Wizard after playing a Rogue the two times before, and I like the Wizard gameplay a bit better because of all the spells!)

Of course, the event being a ComicCon, I also got some comic books.  Most of the comic books were really inexpensive, about $1 each for most of them, and some of the sample comics were free.  For example, I got free samples of :

-a Babymouse/Lunch Lady sneak preview (courtesy of the Chantilly Library)

-a comic about Buffy the Vampire Slayer’s high school years mixed with something related to Plants vs. Zombies.

I appreciated that the con offered a number of fun, inexpensive items aimed at teens and younger kids, unlike the $200 fantasy art anthologies common at larger events. 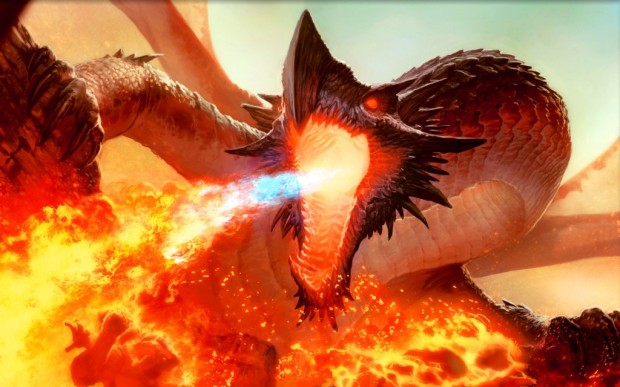 Lastly, I went to the last few minutes of a Magic: The Gathering workshop, where I learned about the differences between green, white, red, blue, and black magic.  If the pictures above are any indication, the art in this game is pretty awesome, regardless of plotline or gameplay.  Apparently, green represents nature, white represents order, red represents emotion, and black represents deep stuff like rebirth…I’m not sure exactly what blue means.  I guess I’ll need to ask one of my Magic-obsessed friends when we try playing one of the two free Magic decks the presenter gave us listeners at the end.  That was definitely a cool plot twist, although considering the already-vast amount of free stuff I shouldn’t have been too surprised. : )

Anyways, if they do this again next year, I will definitely be attending!  All in all, the day was full of fun and the presenters did a great job of organizing the event.